BC: Inspiration for the fight and the future

20 comments
Josh del Sol
343 views
20 comments
An inspiring two-part update on the resistance to microwave-emitting surveillance devices being rolled out in British Columbia. Contributions from Christiane Brown and Care Leah.

by Christiane Brown and Care Leah

An open letter to BC Hydro and the BC government, from Christiane Brown

I am a private citizen of Canada. I am a senior. I live in British Columbia.

But I do carry one degree which tops any academic and/or political one: It is called “conscience”. 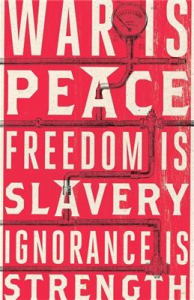 At the end of World War II, I was born into a family in which the maxim complacency means complicity played an existential role.

Existential in a very real way: Several members of my family have been executed for their resistance to the regime in Germany between 1933-1945, and for its complete violation of human rights, human dignity, and human life.

This maxim has guided me throughout my life and in all the countries I have lived in before I came to Canada. I have left one country for its rapid democratic deterioration and moved to another which at the time was famous for its high democratic values and respect for an individual’s human right: Canada. That was almost twenty years ago.

Not in my wildest dreams

In my wildest dreams I did not expect what I, and with me tens of thousands of smart meter resisters are confronted with, here in British Columbia, for the last three years.

I am speaking of BC Hydro’s relentless enforcement of unlawful, undemocratic, unconstitutional methods of extortion, intimidation, manipulation, trickery, harassment and plain mis-information and lies with regards to smart meters and their disastrous effects on human health, privacy and billing.

I remember one of the dozens of BC Hydro Notices that flooded our mailboxes about two years ago in which we were informed “that our smart meter refusal had now expired”. Really? There was a “best before date”?

For three years now, we who have always paid our electrical consumption in full and on time, have been threatened with BC Hydro’s signed – and more and more unsigned notices of deadlines: Alleged meter choices deadlines. Meter replacement deadlines. Punative extortion payment deadlines. 24 hour robo call disconnection deadlines. (And, yes, those were made by Hydro.)

BC Hydro’s terrorist-like tactics are designed to scare us, intimidate us, wear us out and finally break our last reserves of strength. Has it worked? With some, but not all. The blind, the ill, the very old, the not-so-wealthy-; people who have a very busy life to live; work to do; family-and other life’s problems to solve….They “gave their consent”. But non disclosure of risks and use of force to impose uninformed consent is not consent at all.

To sum it up: Throughout the past three years, we have endured a seemingly endless war of psychological control: Hydro has consistently made mutually contradictory and mutually exclusive statements with regards to smart meter installations on the homes of those who are lawfully stating their Claim of Right (www.bc-freedom.com), and their refusal to give away their privately owned analogue meter.

With Christmas and Hanukkah fast approaching, we are expected to believe that “the end is near” and that we have no choice but to “get used to it,” as it was so delicately put. That those with medical implants; those who just underwent surgery; those with epilepsy and other serious medical conditions, all will get used to it or “move to a different province.”

I am lost for words.

And no, we will not go away. We will continue to fight this violation of every moral and legal principle as long as it takes. Our resistance is still very much alive.

An update from Care Leah on the Rotraut Knopp story, as reported here and on CHEK TV here.

This story gets better by the day.

It has now been just three weeks since Rotraut Knopp had her power disconnected. The CHEK TV interviewer told Rotraut Knopp that her story (in part due to her reference to growing up in Germany during the war) has apparently become news in Germany media.

Whenever Ms. Knopp goes out locally now, people everywhere she goes recognize her from the news and congratulate her and say to her “Good for you!”

People are truly inspired by her story. Some of them go farther and reach out and help whatever way they can. Several have given or sent her gifts such as wool socks and/or candles, packages arrive by mail.

The story gets even better.

Consider this next bit to be in the supreme irony department.

An unnamed politician in the area had “upgraded” the kitchen, which involved getting rid of a used gas range cookstove, four burners and an oven, which can be retrofitted to use propane. Ms. Knopp was talking to a plumber who had been following her story in the media. This same plumber happened to be the one who removed the gas range. This used gas range was offered to Ms. Knopp,  a good as new gas power cookstove, for free.

She will soon be the proud possessor of a politician’s cast-off cookstove range to use for her off-grid cooking needs.

Ms. Knopp had already long used frugality to reduce her usage to the absolute minimum. She uses only 3 kWh for three seasons of the year and 6 kWh in winter.

She has had two off-grid system quotes. The first one was for $25,000 which would exceed her minimalist needs. The other was a quote of $15,000 to provide her with 3 Kilowatts a day.

For this second solar arrangement, until solar batteries innovations advance sufficiently, Ms. Knopp would in the meantime continue to use her neighbour’s extension cord for a power source to recharge her closed cell, gel type battery bank. The power draw for the extension cord would have its own separate monitor attached to indicate exactly how many kilowatts she uses a day. She would pay the neighbour for any power she “borrows” to recharge her four batteries battery bank.

I think the quote also includes an inverter which would be located in her outdoor shed.

The quote includes an off-grid panel, four 24 volt batteries, 8 solar panels (she was not sure of the wattage yet for each panel) plus whatever else is needed to accomplish this microgrid project.

There is one single perfect shadow free spot in which to locate the solar array. That spot has already been determined to be found in her enclosed back yard. The array does not require a unistrut frame as it can also readily be located on a 2X4 lumber frame for best light options.

Due to her age, pay back is not a consideration for her. Her primary goal is to be off-grid for the rest of her life.

And I can think of no one more suited to this outcome.