This precedent-setting case requires the utility to pay a couple $1M for damage caused by their ‘smart’ grid infrastructure near a home in Vermont.
Q: With utilities liable for health damages caused by a tower near a home, what prevents them from also being liable for damages from every illegal, untested radiation-emitting surveillance “meter” which they’ve surreptitiously placed on tens of millions homes around the world?
A: Nothing. Proceed boldly!
-TBYP 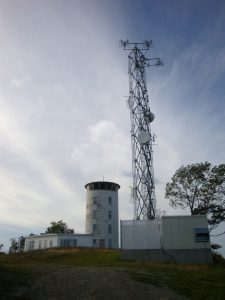 MONTPELIER, Vt. (AP) — A Russian immigrant couple who said they were forced from their Vermont home because of the construction of a utility communications tower was awarded $1 million by a jury on Friday.

Olga Julinska and Felix Kniasev said they were forced to abandon their $425,000 home atop Northeast Mountain in Wells by a communications tower built on their property by the Vermont Electric Power Corp., known as VELCO.

Vermont’s Public Service Board, which regulates utilities, awarded the couple less than $26,000, nearly 40 times less than the Rutland County jury said their claim was worth. The board said the value of the couple’s property was only partially diminished by the project.

The two said they moved in part because they worried about the health effects on them and their four young children of living so close to the antenna. They said their property was disturbed by a new power line to the project and VELCO had the right to put other communications companies’ antennas on the tower.

“We’re really pleased,” Julinska said after the verdict was announced at the close of a five-day trial. “We’re happy it’s over because it’s been three and a half years since we started” the litigation.

The couple, who are professional artists, had divided their time between their home in Vermont and one in the Boston area, but they have abandoned the Vermont property, Julinska said.

“We definitely will not live there anymore,” she said. “We moved out over a year ago. What we’re going to do with the property we have no idea. We don’t have a plan.”

VELCO Vice President Kerrick Johnson said the company was “extremely disappointed” and is considering an appeal to the Vermont Supreme Court.

Johnson said the new tower was part of a network constructed by VELCO to allow for communications between utility crews responding to storms and other emergencies. He said the Julinska-Kniasev property was considered preferable to alternative sites because their mountaintop property had contained the antenna of a local radio station since the 1980s.

Because of the design of the communications network, “we would have had to develop two mountaintops,” rather than just building on the Wells peak if that had not been allowed, Johnson said.

He added, “It’s electric customers who will pay for all of this.”