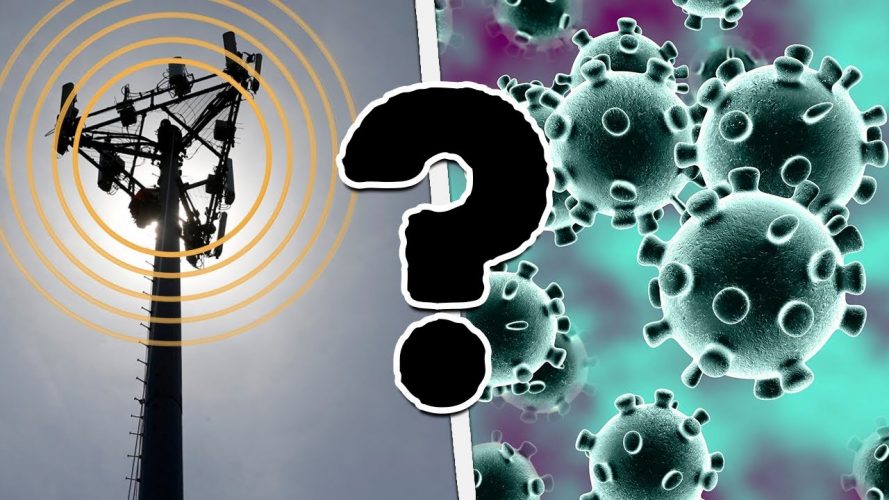 A Critical Examination of the Coronavirus-5G Connection

48 comments
Derrick Broze
31,528 views
48 comments Subscribe
Journalist and filmmaker Derrick Broze discusses his view on the Coronavirus-5G connection, and the quest for truth-inspired action. Watch his new interview on the Corbett Report above or on YouTube here.

The best piece of advice I would like to offer in your efforts to reach neighbors, friends, family, and elected officials: do your research. It’s as simple as that.

Do the homework. Don’t just read the headlines of articles and share them. Don’t let other people (youtubers, facebook commenters, government officials, scientists) do the thinking for you.

I have noticed a trend in the “5G Awareness” community (and the larger truth community as well) where folks will see a piece of information that fits their bias or preconceived notions so they accept the information as truth without doing any research.

These individuals then proceed to spread the news to anyone else who will listen, and just like that, blogs, articles, and videos filled with misstatements and half-truths quickly go viral.

When it comes to 5G, I have seen too many theories and speculation about the technology, the purpose of the roll out, and specific health effects that lack concrete evidence.

Most recently, the idea that 5G technology largely responsible for causing Coronavirus symptoms has swept through social media circles.

While there are legitimate studies detailing the impacts of EMFs on the immune system and damage to cells, we must make an effort to distinguish between speculating about things that might be true and facts that we can prove.

Yet-unproven areas include a) the specific deployment of 60 GHz frequencies (e.g. in China); and b) the claims that 60 GHz frequencies are causing disruption of oxygen uptake to the extent that it is causing deaths which are officially attributed to Coronavirus.

In the end, the spreading of unproven reports only hurts those of us who are doing our best to reach the masses with factual evidence concerning the dangers of 5G.

EDITOR’S NOTE: There is some indication of possible additional harm that is unique to 60 GHz radiation. And especially since agencies have indeed de-regulated frequencies around 60 GHz, the relationship between 60 GHz, oxygen and biology needs to be tested far and wide. The following studies cumulatively indicate a significant potential of harm at at 60GHz:

While a fairly balanced, dot-connecting perspective is put forward in this new Coronavirus/5G article on Electricsense, I want to emphasize that we must always look carefully at the facts and not jump to conclusions. Jumping to conclusions in order to strengthen our existing views does not benefit anyone in the long run.

As we stick to the facts and build diverse coalitions, we can educate our neighbors and politicians, and perhaps, we can put an end to the 5G roll out.

Various types of individuals, groups and local governments all have their own reasons why we need to come together and stop 5G. Motives range from health effects, the decimation of local rights (and basically, the rule of law), and the surveillance implications of a global 5G “dragnet”.

I started researching 5G and electromagnetic frequencies in September 2018, shortly after the City of Houston announced a new partnership with Verizon wireless to make Houston “The World’s First 5G City”. I attended a press conference and asked Houston’s Mayor Sylvester Turner about health and privacy concerns. He told me he hadn’t seen anything to be concerned about.

I also questioned Hans Vestberg, CEO of Verizon, about these concerns and he echoed the mayor’s statements – there are no serious concerns to worry about.

Since that time I have come to recognize that Houston’s Mayor and many of the Big Wireless officials are choosing to turn a blind eye and in some cases, play an active role in launching a technology fraught with legitimate concerns.

Over the last 2 years I have attended City Council, sent emails, made phone calls, conducted interviews, hosted meetings, ran for Mayor, spoke at the Houston Tower Commission, and released a documentary on this important topic. Still – despite all my efforts – I have yet to make headway in slowing down or halting the ongoing roll out of the 5th Generation of cellular technology.

In fact, the City of Houston is moving very quickly towards the Smart City future:

Just last week, Mayor Turner and Houston Police Chief Art Acevedo announced new plans to partner with Amazon and other tech companies to complete Houston’s transformation into a Smart City running on 5G. The Mayor and Chief are selling the idea to Houstonians on the premise that more technology means more safety and security.

Unfortunately, a blind embrace of these technologies and the lack of any meaningful engagement of local residents means that Houston will very soon lack any trace of privacy.

Earlier this week I attended Houston City Council in an attempt to educate the council about the concerns (see video above). Once again, I was met with silence.

There are many emerging opportunities for various thought leaders and influences to join forces and develop a simple and accessible template to fight 5G on the local level, through the courts, and when necessary, in the streets with marches and rallies.

Despite the corruption and collusion which I have witnessed and exposed, I see many reasons for optimism. The more people align with truth and then get involved with grassroots action, the better chance we’ll have to take back our future.