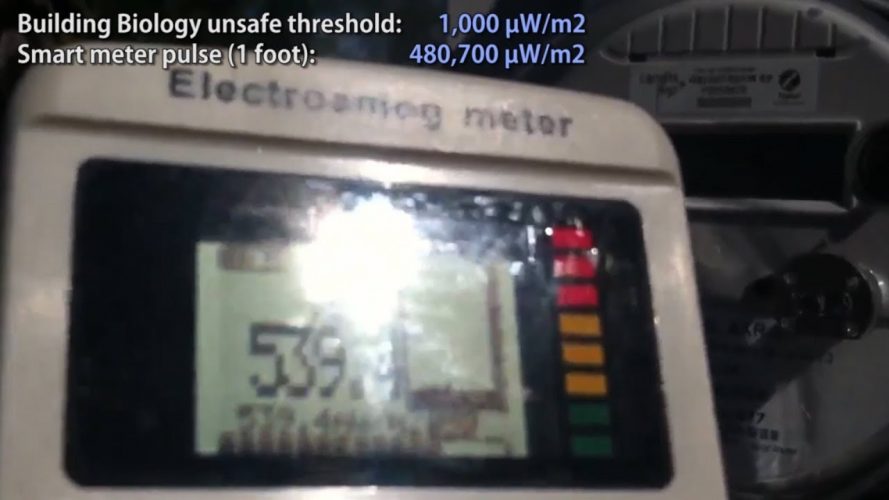 17 comments
Josh del Sol
10,570 views
17 comments Subscribe
Are 'smart' meter radiation emissions safe - or not? This video measures the pulses from a 'smart' meter and a cell phone. Watch it just above, or on YouTube here.

In this video, I measure the pulsed emissions from a ‘smart’ meter and a cell phone. This is previously unreleased footage, taken a couple of years ago.

Similar to testing results from many other researchers & experts, these results showed that the ‘smart’ meter microwave pulses are hundreds of times higher than the “extreme concern” threshold as set by the Building Biology guidelines.

I should be clear that while this is not a scientific-grade test, the results we got are generally aligned with tests performed by many researchers and safety advocates worldwide. The reason why lay-persons are the ones undertaking these tests is because every ‘official’ test of ‘smart’ meter emissions that I have seen employs inapplicable scientific methods (e.g. “time-averaging” of exposure) or inadequate context or conclusion (e.g. “safe according to the FCC”).

Our testing results are below, followed by a summary about the scientific significance of this amount of radiofrequency* (RF) radiation exposure, and recent developments in the grassroots movement for safety.

* – For our purposes at this time, we will consider the terms radiofrequency (RF), electromagnetic frequencies (EMF), and microwave radiation as being generally synonymous.

In these tests I used a Cornet ED75 Electrosmog tester. (The newer Cornet ED88T is available in the Take Back Your Power shop for $179. I encourage as many people as possible to do your own tests and share the results.)

1.386x higher than the threshold for extreme concern, per Building Biology guidelines

What do these results mean?

We observed that the strength of emissions is much stronger with this model of ‘smart’ meter than the cell phone we tested — but cell phones are much closer to the body. The ‘smart’ meter is off 99.9x % of the time but emits pulses, whereas the cell phone emits a constant stream, during a call.

The bottom line is that according to science-based safety standards, both the ‘smart’ meter and cell phone are producing unsafe amounts of radiation.

But if this is true, how can governments allow it?

Many countries’ governing agencies (such as the FCC, Health Canada, and ICNIRP) continue to base their radiofrequency “safety” standards exclusively on thermal effects, or exposure levels which increase the temperature of tissue by a certain number of degrees. So, your body tissue would need to “begin to cook” in order for it to be considered an unsafe exposure level.

This means that thousands of studies which show biological harm from RF radiation are not even considered by the government agencies that are supposed to ensure safety.

But due to the increasing obviousness of harm from the proliferation of wireless technologies — such as the recent $25M cancer study by the National Toxicology Project — there is now increasing pressure being put on agencies to reform.

The FCC is totally controlled by corporate interests

In the FCC’s mission statement, there is no indication whatsoever of any jurisdiction or mandated protection of men, women, and children for biological and medical harm caused by radiofrequencies. There is no clear response from the EPA as to why this responsibility somehow does not fall under their purview.

In any case, this ebook report from the Harvard Ethics Department clearly identifies that the FCC is a captured agency. This is the same with virtually all other western countries’ agencies responsible for wireless and health.

At least 5 other agencies have tried to warn us

New developments in the area of radiofrequency safety

“While complacencies abound for short-term exposure guidelines in terms of providing safety protection, an outstanding question persists concerning the adequacy of these guidelines for safe, long-term exposure to RF radiation at or below 1.6 or 2.0 W/kg. Perhaps the time has come to judiciously reassess, revise, and update these guidelines.” (pp. 22-23)

This assessment aligns with what many leading scientific researchers have been saying for years. Lennart Hardell, a Swedish oncologist and main contributor to the WHO’s International Agency for Research on Cancer (IARC), has for several years been stating the WHO needs to move radiofrequency radiation from Group 2B (probable carcinogen) to Group 1 (proven carcinogen).

And just this past week, a unified group of scientists, doctors and environmental organizations has launched an emergency international appeal to stop 5G (fifth-generation wireless infrastructure) on Earth and in space. The appeal is footnoted by 123 scientific citations.

Readers may go here to sign the appeal, either as an individual or an organization. 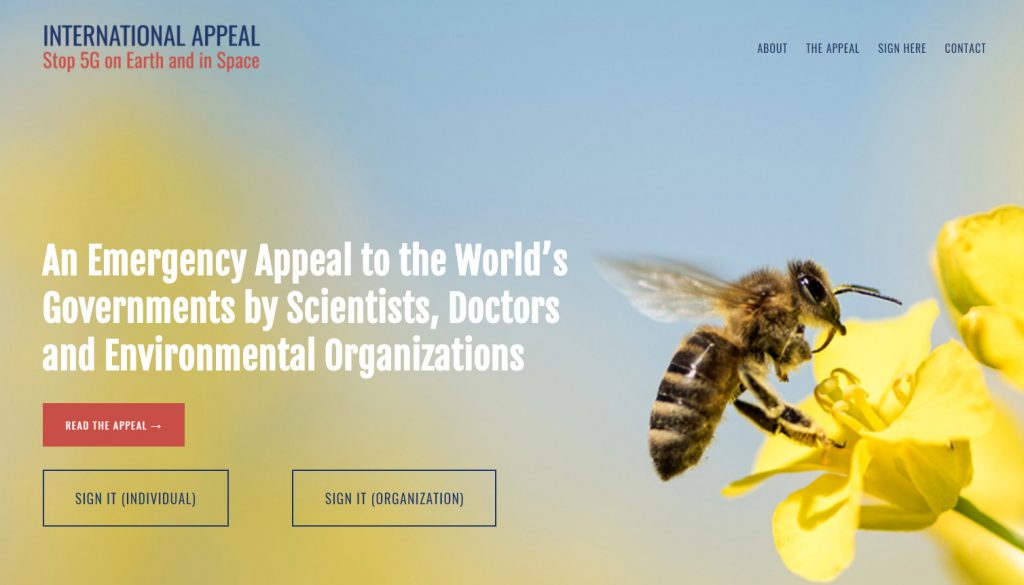