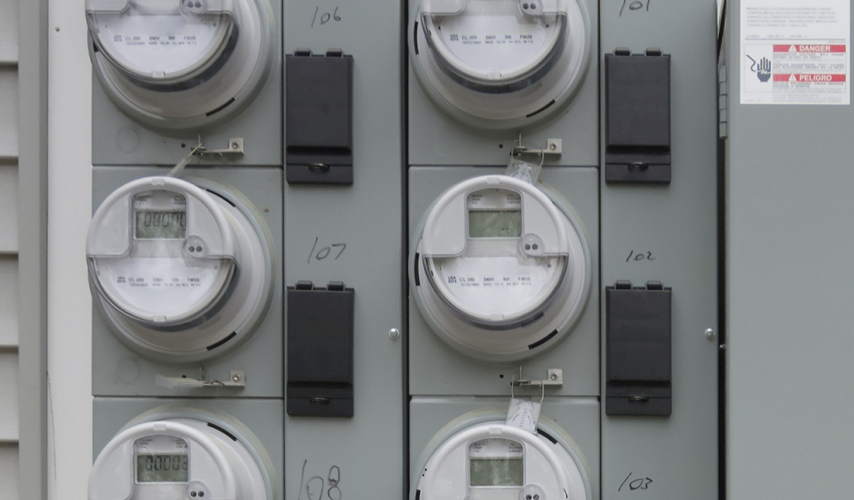 9 comments
K. T. Weaver
1,897 views
9 comments
Andy Marino PhD, one of the highest-respected EMF research scientists today, has been unleashed onto PECO (the Pennsylvania utility). His testimony is a must-read.

Over the past three years at the Smart Grid Awareness website I have detailed a number of concerns related to utility smart meters including financial costs, privacy invasions, cyber threats, and the increased risk of fires as compared with analog meters. Another concern relates to health risks associated with wireless emissions.

Based upon my technical review conducted over two years ago, I created a web page that documented support for the assertion that adverse health impacts could be expected due to exposure to wireless emissions from utility smart meters. Refer to “Radiofrequency (RF) Radiation Power Density Levels for Smart Meters, Various Biological Effects, and Exposure Guidelines,” at https://smartgridawareness.org/rf-health-effects/comparison-values/.

Unfortunately, smart meter deployments continue throughout the world and in some locations consumer refusals are not allowed. Such is the case in the state of Pennsylvania where consumers are not permitted by the Public Utility Commission (PUC) to retain safer analog meters.

Based upon my review of peer-reviewed literature over the past few years, one of the studies that helped convince me that exposure to low-level electromagnetic fields (EMFs) could indeed be harmful included “Electromagnetic Hypersensitivity: Evidence for a Novel Neurological Syndrome.” One of the authors of that study was Andrew A. Marino, Ph.D. [1]

Recently, it is my understanding that Dr. Marino submitted an “expert report” as part of a case before the Pennsylvania PUC. In this proceeding several consumers have alleged that their health is being negatively affected by smart meters installed by PECO Energy Company [2].

The conclusions reached by Dr. Andrew Marino and presented in his expert report are as follows:

“First, [there] is a reasonable basis in established science for the Complainants’ concern regarding risks to human health caused by man-made electromagnetic energy in the environment, including the type of electromagnetic energy emitted by smart meters. These health risks are heightened in the very young, the very old, and in those with preexisting diseases or disorders.

Second, electromagnetic hypersensitivity is a documented neurological condition in which the affected person experiences musculoskeletal, immunological, and/or neurological symptoms that noticeably flare or intensify upon exposure to man-made electromagnetic energy in the environment. About 5-10% of the general public are self-reported to suffer from this disorder.

Third, the Complainants were forced into the almost impossible position of conducting experiment[s] on themselves to prove to PECO’s satisfaction that their claims of a link between their symptoms and electromagnetic energy from smart meters were sufficiently credible as to warrant some remediable action by PECO.

Fourth, there is no justifiable reason for PECO to doubt the reality of the Complainants’ symptoms, to question their intentions in seeking relief, or to not respect and implement the advice they received from their physicians that exposure to smart-meter energy should be avoided.

Sixth, PECO’s claim that the FCC has pronounced smart meter safe is spurious because the FCC has made that statement only with regard to the heating and cooking effects of electromagnetic energy. The Complainants have made no claims that smart meters are like microwave ovens.

Seventh, PECO has claimed that expert committees have pronounced smart meters safe, but PECO has not acknowledged the blatant conflicts-of interests that infect such committees nor the serious limitations on their reports, such as the failure to address much of the relevant literature.

Eighth, PECO proposes to expose human beings to smart-meter electromagnetic energy over their objection under conditions that would not be acceptable to any institution in the United States where human experimentation can lawfully be performed. Consequently, coercing the Complainants to endure the risks and uncertainties of such exposure is unwarranted, unjustified, and would amount to involuntary human experimentation by PECO.”

Regarding the exposure guidelines of the Federal Communications Commission (FCC), Dr. Marino states that:

“According to the FCC, smart meters and cellphones are safe when manufactured according to the presently mandated emission levels. But the FCC defines an emission level as ‘safe’ if it doesn’t result in adverse biological effects caused by heating or cooking of the exposed subject. Nowhere does the FCC say that smart meters are safe with regard to physiological changes [caused] by physical processes other than heating or cooking. That claim is unsupportable and counter-scientific, and has not been made by the FCC.”

“There is a very large data base of empirical studies in experimental biology that demonstrates beyond reasonable doubt that biological effects can occur at levels of man-made electromagnetic energy actually present in the environment.”

“Consequently [there is] no rational basis to argue that PECO’s energy [levels for smart meters] is too small to matter.”

Regarding the symptomatology of the Complainants in the PUC proceeding, Dr. Marino states that:

“There is a sound basis in experimental biology that supports their concerns regarding the consequences to their health that have occurred and that may occur due to future chronic exposure to the electromagnetic energy emitted by smart meters. Under the conditions pertinent to the conditions of this case, coercing the Complainants to endure these risks and uncertainties is unwarranted, unjustified, and would amount to involuntary human experimentation by PECO.”

Whether the Pennsylvania PUC and PECO Energy will favorably respond to the reasoned arguments of Andrew Marino, Ph.D. is yet unknown, but if history is any lesson, they will likely remain with their heads in the sand (like the FCC) and proclaim that any claims for adverse biological effects from low-level wireless emissions remain “ambiguous” and “unproven.” We will await the conclusion of the proceedings and update this article at a later date.

[1] “Electromagnetic Hypersensitivity: Evidence for a Novel Neurological Syndrome.” By McCarty, DE, Marino, A., et.al, International Journal of Neuroscience, December 2011, volume 121, pp 670-676; refer to link at: http://www.ncbi.nlm.nih.gov/pubmed/21793784. [2] Expert Report of Andrew A. Marino, Ph.D., dated August 8, 2016; a link for this document where some personal patient information has been redacted is available here: http://andrewamarino.com/PDFs/testimony-AAM_Report.pdf