Sometimes, trusting the wrong people can hurt. Betrayal is one of the worst feelings. Especially when it comes to those who are supposed to be protecting you and your family’s rights. 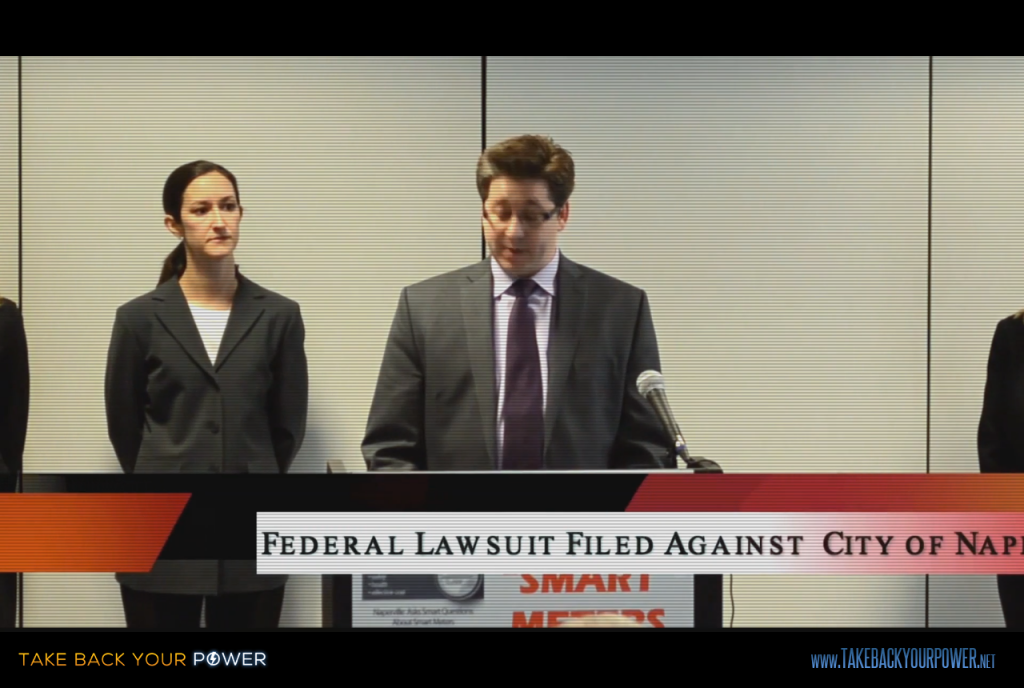 Over the past couple weeks, I’ve been hearing from several sources about this supposed “win” against utilities pushing “smart” meters. This report, disseminated by Electronic Frontier Foundation (EFF), is about a recent Federal Appeals Court ruling on “smart” meter surveillance, in Naperville, Illinois. This so-called journalism by EFF is titled, “Win! Landmark Seventh Circuit Decision Says Fourth Amendment Applies to Smart Meter Data.”

But having seen how it was positioned exactly polar opposite of this report from K.T. Weaver – who lives in Naperville and has been reporting independently on “smart” meter harm for several years – I needed to figure out just what the hell is going on. The title of K.T.’s article is “Federal Court Rules against Consumers on Smart Meters and Privacy Rights.” So, why are the reports so different?

My “aha!” moment on EFF came when, in corresponding with K.T., he sent me this Brasscheck interview with Yasha Levine, a respected truth-teller and author of Surveillance Valley. I have been following some of Yasha’s work for several years with great interest.

Before we get into examining Yasha’s claim that the EFF is a giant piece of astroturf, let’s dive straight into the facts of the recent court ruling on “smart” meters and privacy.

This development has everything to do with our basic human rights, how legal strategies are being implemented to work against the people, and whom we can and cannot trust when seeking justice.

On August 16, 2018, your 4th Amendment right to privacy in your home just became a “privilege.” 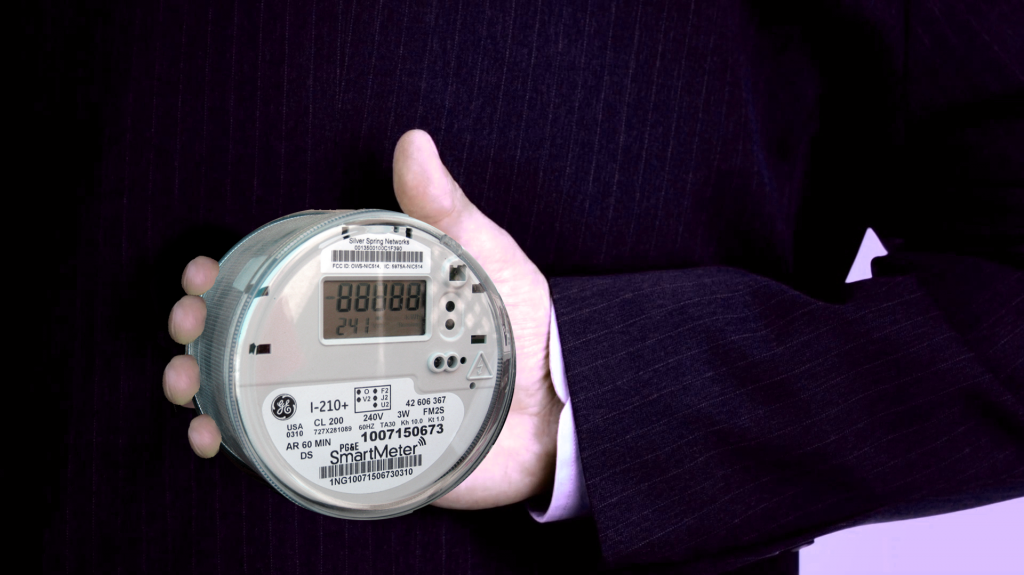 K.T. Weaver has a multi-year history of independently reporting the facts about “smart” meters on his website SmartGridAwareness.org. As such, we will refer primarily to his posted research and to first-hand quotes from the actual case.

To start with, in 2015 a Naperville District Court had ruled that utility customers who accept a “smart” meter are deemed to have consented to privacy violations as recognized in the 4th Amendment to the Constitution. Since most utilities are extorting their own customers who do not want a “smart” meter on their home, this ruling is baseless and corrupt.

Mark this as flag #1, for those of you wondering why we are not getting justice in courts.

Now, on August 16, 2018, this Federal Appeals Court ruling has conceded that with “smart” meters, occupants are being subjected to a government search every 15 minutes – without their voluntary consent.

But here’s where it gets even more maddening.

Rather than ruling against utilities right then and there, the Federal Appeals Court blatantly took direction from industry lawyers’, who requested that it be determined whether the government searches are legally “reasonable”.

(Magicians and hypnotists love to change the focal point. Nothing to see here, folks.)

From industry proponents’ amicus brief submitted to the court:

Taking the cue, the Federal Appeals Court in Naperville, Illinois assumed an initial position of advocating for the government, stating that “the government’s interest in smart meters is significant.”

In their analysis, the court first legitimized the false supposition that: 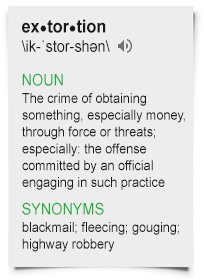 This perspective is patently false. Bills go up, energy usage is not reduced, and grids are made vulnerable to hacking. Those pushing “smart” meters have let it slip over and over that the purpose of “smart” meters is to collect information so invasive and granular in nature it will reap billions. And in the eyes of a senior NARUC official, “smart” meter data will “be worth a lot more than the commodity that’s being consumed to generate the data” – electricity – which is a $2.2 trillion annual enterprise.

The house fires (including fatalities), health damage (from EMF and dirty electricity), and security risk to all of us are seen as just a cost of doing the data-harvesting business. And the inexplicable billing increases & “time-of-use” schemes are most definitely seen as an added benefit.

The court then exposed more of its true colors:

“[S]ince these searches are not performed as part of a criminal investigation, … we can turn immediately to an assessment of whether they are reasonable, ‘by balancing its intrusion on the individual’s Fourth Amendment interests against its promotion of legitimate government interests’.” [emphasis added]

As K.T. points out, does that language sound familiar? Then, this:

“[P]rivacy interest must be weighed against the government’s interest in the data collection.”

K.T. Weaver summarizes the effect of this case, going forward in the “legal” world:

Do you see what just happened here?

Your constitutional rights are now legally being weighed against the desires of the government. This, right here, is a marker for where your rights have officially, legally become recognized as privileges.

Now you see the game that courts and industry are playing together. Setting legal precedents and creating “the new normal”. It’s just business.

So, back to Electronic Frontier Foundation. What are they doing to protect our privacy?

As Yasha Levine explains, EFF does not get involved when it comes to invasive corporate practices – only government practices. Seriously? In a time when industry own lobbyists brazenly swing through the revolving federal-agency door? When it is acknowledged by all who are paying attention that we now live under a de facto corporate rule? EFF really thinks theirs is an effective position?

Apparently, they do. But sadly, their aims are much different than one would hope. One hundred eighty degrees different, as we shall see. 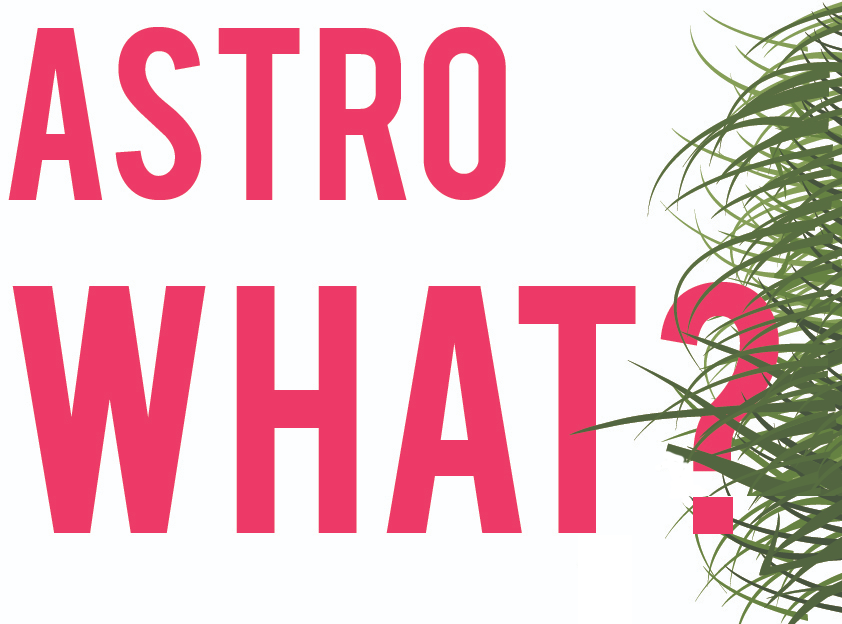 An “astroturf” group is an attempt to fool the people by big corporations or political groups, by posing as grassroots movements to promote their own profit and power-seeking agendas. For more, see this TED Talk by former CBS reporter Sharyl Attkisson.

From Yasha Levine’s revelatory article on Silicon Valley and surveillance in the Baffler:

“Over the past years, EFF has taken millions in funds from Google and Facebook via straight donations and controversial court payouts that many see as under-the-radar contributions. Hell, Google co-founder Sergey Brin’s foundation gave EFF at least $1.2 million.

“But the reason for EFF’s silence on the Facebook surveillance and influence scandal goes deeper—into the business model of the internet itself, which from the outset has framed user privacy as being threatened by ever-imminent government censorship, as opposed to the protection of users and their data from wanton commercial intrusion and exploitation. Put simply, the lords of the internet care very little about user privacy—what they want to preserve, at the end of the day, is their own commercial license against the specter of government regulation of any kind. …

“But that’s what EFF is all about: it’s a Silicon Valley corporate front group, no different than the rest. The only thing unique about it is how successful it’s been in positioning itself as a defender of the people—so successful, in fact, that even the people who work for it believe it. The fact that EFF has been able to pull it off of for so long shows the kind of immense power that Silicon Valley wields over our political culture. When we think about technology and the Internet, there’s no left or right. There’s just Google and Facebook.”

Now I began to see why EFF never returned my emails before or after my film Take Back Your Power was released. Now I see why they have never got involved in the “smart” meter conversation in any tangible way… while hundreds of thousands have been trying to preserve their right to not be surveiled and irradiated in their own home through harmful metering technology. Where they could have played a leading role, EFF effectively stayed silent.

The reason? I suppose it’s that the EFF hasn’t had such a prime opportunity to normalize corporate surveillance via “smart” meters – until now. 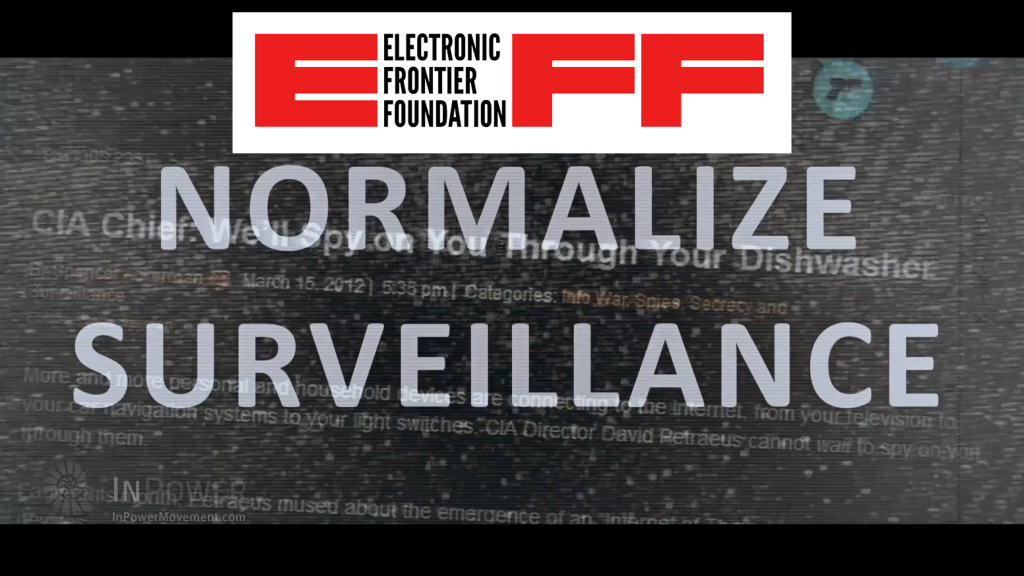 In this fresh context, here’s the full Brasscheck interview with Levine, for a deeper dive: 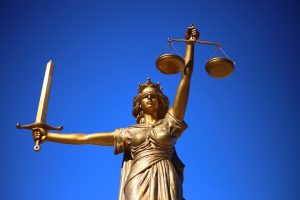 Maybe you have experienced it at your city hall. Your gut told you they already made up their minds. Your experience told you that you were right.

Another tactic used by a corporatized court system is to simply decide they won’t hear a matter… to not even have an appearance at all. Like the recent tossing out of a EMF-related class-action lawsuit in Quebec. And before that, “smart” meter class actions in BC, California, and Florida.

This may sound like there is no good news in the quest for justice. However, here are three bright points of light:

In any case, let’s continue to educate ourselves, with discernment pertaining to the game that industrial interests – apparently bereft of conscience – are playing to further their objectives. On the negative side, the level of harm being done in this game is very real. And so, on the positive side, we are seeing increasing signs of humanity rising to take a stand for life.

Remember that the answer and the power is within you. Trust the process of it coming forward. I believe that we are being initiated at this time into bridging to a higher level of our being.

As the open conspiracy continues to be unveiled and clarified to all paying attention, there is a two-part universal law that is coming into effect. This can be summarized in the following:

As long as we continue on the path of waking up, following our own conscience and intentionally removing our consent, enough of us will effectively rebut the claim in the upper jurisdictions that “we are going along with it”.

Many of you whom are reading these words are responding to the inner call, processing fear, remembering our shared identity and coming together in new and exciting ways. Let’s help others connect the dots.