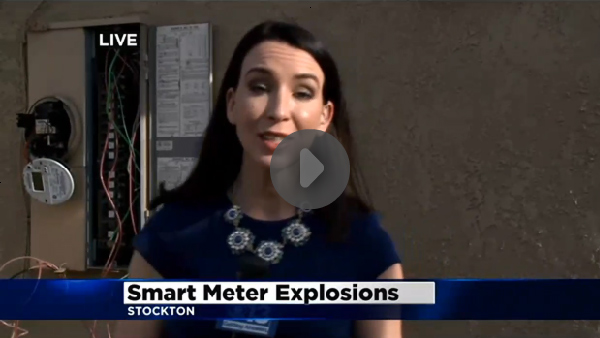 The utilities lied when they said “smart” or AMI meters would make the electricity grid “resilient” and “self-healing.”

Nothing could be further from the truth, and this latest episode is more proof of the failure of “smart” meter programs everywhere.

On Monday, hundreds of “smart” meters simultaneously exploded in Stockton, California, when a truck ran into a utility pole. Watch the video:

CBS News reported that “neighbors in the South Stockton area described it as a large pop, a bomb going off, and strong enough to shake a house.”

The catastrophic failure of these PG&E “smart” meters — which are not approved by Underwriters Laboratories (UL) — not only damaged meter bases and other homeowner property, but left those 5,800 customers without power.

That’s right — whenever these plastic, unproven meters fail, they shut your power off, as shown in this Cambridge University research paper.

Last July, the province of Saskatchewan ordered the removal of all 105,000 “smart” meters, following a rash of fires. Portland OR, Lakeland FL, Arizona and Ontario followed suit with mass removals.

Quebec firefighters are up-in-arms that Hydro-Quebec agents have actually been unlawfully taking “smart” meters from fire scenes prior to investigation.

Analog meters are not susceptible to fires. The risk of fires is a “smart” new feature for all customers, brought to you by your PR-spinning utility. Back in 2011, after a similar power surge ignited 80 “smart” meters in Palo Alto, California, a spokesperson for The Utility Reform Network (TURN) stated:

“In the collective memory of TURN, we have not seen similar incidents with analog meters.”

The total number of separate incidents of fires and explosions caused by “smart” meters is now very likely to exceed a thousand or more, although the true number is not known due do widespread coverups and denials by utilities.

In addition to the ongoing stream of incendiary events, so-named “smart” meter programs:

It is difficult to imagine a more blatant failure, or a more harmful deployment of unproven technology.

If this is true, how can utilities be getting away with it? 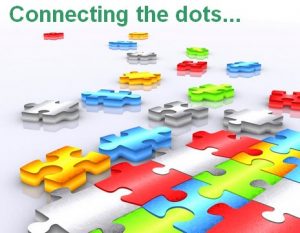 The “smart” meter deployments in your area are actually part of a corporate-government collusion to deploy a mass in-home data-capturing (read surveillance) and control grid — the “internet of things”.

If this sounds like a stretch, examine the evidence for yourself.

The “smart” meter agenda, once fully spawned, would facilitate an unprecedented transfer of money, control, information and security from people to the corporate-government complex (CGC).

The reason why there has been so much industry and government propaganda around the”smart” meter issue is because the scope of this pillaging is, again, unprecedented. This is also why those attempting to change to a sane course of action from within the CGC have not yet been successful.

But as awareness spreads, scandals increase (like this one in California), and people take inspired action, I see that the “smart” meter agenda will fail and the pseudo-powers behind it will fall.

So, what are we going to do about it?

Advocate groups worldwide are encouraged to demand immediate halt and reversal of all “smart” meter deployments, whether they be for electricity, water, or gas. It does not matter how much money was invested before people became aware of the facts about harm being perpetrated. We’re aware now.

An “opt-out” program — whether paid or free — must categorically be rejected  because asking for an “opt-out” is voting that you generally approve the installation of a surveillance grid, the harming of everyone else, and the practice of corporate extortion.

Individually, here are three things you can do right now.

We will continue to release news and developments on our website, www.takebackyourpower.net, where you can watch our award-winning feature film which covers the shocking true story about “smart” meters.