Add comment
TBYP Staff
87 views
Add comment
Source: Microwave News
The Supreme Court of Italy has affirmed a ruling granting worker’s compensation to a businessman who developed a tumor after using a cell phone for 12 years. This is the first time that a high court —in any country— has ruled in favor a link between mobile phone radiation and tumor development.

Innocente Marcolini, a financial manager at an industrial plant in Brescia in northern Italy, used cell and cordless phones for five-to-six hours a day for 12 years. Then one morning ten years ago, Marcolini, who was 50 years old at the time, sensed an unusual tingling in his chin while shaving. He was soon diagnosed as having a benign tumor on the trigeminal nerve, which controls facial muscles and sensations.

Marcolini filed for workers’ compensation alleging that his wireless phones were responsible for the tumor. At first, his claim was rejected. But, in December 2009, the Court of Appeals in Brescia reversed that decision and now, on October 12, Italy’s Supreme Court affirmed the Appeals Court’s ruling. No further appeals are possible.

“Marcolini wants people to know about the health risks associated with cell phone radiation,” Riccardo Staglianó told Microwave News. Staglianó, a reporter for La Repubblica, a major national daily newspaper, chronicled Marcolini’s story in his book on cell phone risks, Toglietevelo Dalla Testa, published earlier this year. The title of the book is hard to translate into English —it’s something like Get It Out of Your Head. Staglianó explained that his book tries to warn the reader not only to keep the phone away from the brain but also to reject the “fake reassurances” from parts of the scientific community that there are no health risks.

Indeed, it’s easy to see the decision as a battle between ICNIRP and ICEMS and their competing views of electromagnetic health hazards. ICNIRP does not recognize any risks associated with long-term, chronic exposures, especially those associated with tumor promotion. Cancer is not a concern, according to ICNIRP. ICEMS, on the other hand, sees large uncertainties and advocates precautionary policies to reduce exposures when possible.

The courts relied on the testimony of Gino Angelo Levis, one of the founders of ICEMS. Levis, an oncologist and a professor emeritus of environmental mutagenesis at the University of Padua, is also a founder and former president of the Association for the Prevention and Fight Against Electrosmog, known as APPLE. He is currently its vice president.

“The logic of the decision was very simple” said Fiorenzo Marinelli, who is with Italy’s National Research Council in Bologna and has done his own EMF research. Marinelli also helped set up ICEMS but was not involved with the Marcolini case. In an interview, Marinelli pointed to the studies of Lennart Hardell and IARC’s classification of RF radiation as a possible human carcinogen as grounds for the pro-compensation decision.

More than five years ago, Hardell’s group at the Örebro University Hospital in Sweden reported that the use of cell phones for ten or more years significantly increased the risk of acoustic neuroma. Acoustic neuroma is a tumor of the acoustic nerve, which is known as the eighth cranial nerve. This type of tumor grows from cells which make up the lining or the sheaf of the nerve, called Schwann cells.

Acoustic Neuroma Linked to Cell Phones in Many Countries 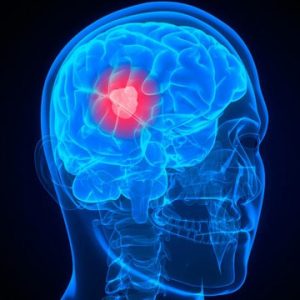 Hardell first reported a link between cell phones and acoustic neuroma in 2002. Two years later, a group led by Stefan Lönn and Maria Feychting at the Karolinska Institute in Stockholm, as part of the Interphone project, found a similar association among long-term users. At the time, Anders Ahlbom, Feychting’s mentor at the Karolinska, told us that, “These are strong data.” Feychting is the vice chair of ICNIRP; she took over Ahlbom’s seat on the commission in 2008 after he had served the maximum of 12 years.

Then in 2005, a joint analysis by Interphone groups in five northern European countries, including Sweden and the U.K., again pointed to a long-term risk of acoustic neuroma. And at the end of 2010, a Japanese team, also working on Interphone, concluded that those who used cell phones for more than 20 minutes a day for at least five years had three times more acoustic neuromas than expected.

And finally, last year, the Interphone study team from the 13 participating countries reported in their combined analysis that those who had spent the most time on cell phones had a higher risk of acoustic neuroma. But, due to growing tensions within the group, the researchers were unable to agree as to whether the link was real. The published conclusion advised that the elevated risk “could be due to chance, reporting bias or a causal effect.” Feychting and the rest of the Karolinska group are known to favor the explanation that the observed risk is due to chance and/or bias. For instance, in a government report issued earlier this year, Ahlbom and Feychting, together with Yngve Hamnerius and Lena Hillert, concluded that, “The few reported risk increases appear implausible.”

One of the noteworthy conclusions of the Italian Supreme Court is its stated preference for the Hardell study over Interphone. The court cited Hardell’s independence from industry funding, “unlike the IARC study,” which was partially paid for by cell phone manufacturers.

Paolo Vecchia, the former chair of ICNIRP took strong exception to the 2009 decision by the Brescia Court of Appeals. He and Susanna Lagorio, an epidemiologist at the Istituto Superiore di Sanità in Rome who worked on Interphone, attacked the judge for relying on “seriously flawed expert testimonies.” Writing in an Italian journal on occupational health, La Medicina del Lavoro, they accused Levis of being “clearly inexperienced” in the disciplines necessary to evaluate cell phone risks.

In a press release following the October 12 decision, APPLE —and presumably Levis— maintained that the Supreme Court had “acknowledged the presence of conflict of interest and thus ‘business bias’” within ICNIRP, IARC and Interphone. APPLE calls the decision an “important victory.”

David Gee, a senior advisor at the European Environment Agency (EEA) in Copenhagen, doesn’t think the court’s preference for ICEMS’ outlook over that of ICNIRP will prompt any immediate changes. “The Italian decision will still be dismissed by most radiation authorities and conventional RF experts,” he told us, “Remember it was 20 years before the clear evidence of a twofold excess of leukemia from X-raying pregnant women was accepted by medical authorities. So I don’t expect much from them yet.”  But, Gee added, “Lawyers for the phone manufacturers will take notice and the more responsible companies will quietly begin to build serious radiation reduction into their new products.”

As to whether there will be more litigation, Staglianó reported in La Repubblica that Levis is working on seven other possible claims and that a law firm in Turin is considering filing a class action suit with Levis’s assistance.

The Supreme Court decision is available here.
A news report on the decision from Italian TV may be seen here.

On a lighter note: A number of European newspapers that covered the Supreme Court decision ran a picture of Fiorenzo Marinelli and identified him as the plaintiff, Innocente Marcolini. Among them were the Daily Mail and The Sun in the U.K., Aftonbaldet in Sweden and even Brescia Today!