3 comments
Josh del Sol
1,197 views
3 comments
94% of respondents said a nearby cell tower or group of antennas would negatively impact value or interest in a property. Another study showed a 21% reduction after a cell phone base station was built nearby. 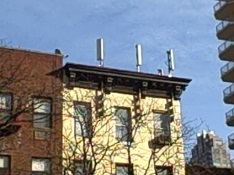 The National Institute for Science, Law and Public Policy’s survey “Neighborhood Cell Towers & Antennas—Do They Impact a Property’s Desirability?” initiated June 2, 2014, has now been completed by 1,000 respondents as of June 28, 2014. The survey, which circulated online through email and social networking sites, in both the U.S. and abroad, sought to determine if nearby cell towers and antennas, or wireless antennas placed on top of or on the side of a building, would impact a home buyer’s or renter’s interest in a real estate property.

The overwhelming majority of respondents (94%) reported that cell towers and antennas in a neighborhood or on a building would impact interest in a property and the price they would be willing to pay for it. And 79% said under no circumstances would they ever purchase or rent a property within a few blocks of a cell tower or antenna.

The National Institute for Science, Law and Public Policy (NISLAPP) was curious if respondents had previous experience with physical or cognitive effects of wireless radiation, or if their concern about neighborhood antennas was unrelated to personal experience with the radiation.

The majority of respondents provided contact information indicating they would like to receive the results of this survey or news related to the possible connection between neighborhood cell towers and antennas and real estate decisions.

Comments from real estate brokers who completed the NISLAPP survey:

“I am a real estate broker in NYC. I sold a townhouse that had a cell tower attached. Many potential buyers chose to avoid purchasing the property because of it. There was a long lease.”

“I own several properties in Santa Fe, NM and believe me, I have taken care not to buy near cell towers. Most of these are rental properties and I think I would have a harder time renting those units… were a cell tower or antenna nearby. Though I have not noticed any negative health effects myself, I know many people are affected. And in addition, these antennas and towers are often extremely ugly–despite the attempt in our town of hiding them as chimneys or fake trees.”

“We are home owners and real estate investors in Marin County and have been for the last 25 years. We own homes and apartment building here in Marin. We would not think of investing in real estate that would harm our tenants. All our properties are free of smart meters. Thank you for all of your work.”

“I’m a realtor. I’ve never had a single complaint about cell phone antennae. Electric poles, on the other hand, are a huge problem for buyers.”

Concern was expressed in the comments section by respondents about potential property valuation declines near antennas and cell towers. While the NISLAPP survey did not evaluate property price declines, a study on this subject by Sandy Bond, PhD of the New Zealand Property Institute, and Past President of the Pacific Rim Real Estate Society (PRRES), The Impact of Cell Phone Towers on House Prices in Residential Neighborhoods, was published in The Appraisal Journal of the Appraisal Institute in 2006. The Appraisal Institute is the largest global professional organization for appraisers with 91 chapters.

The study indicated that homebuyers would pay from 10%–19% less to over 20% less for a property if it were in close proximity to a cell phone base station. The ‘opinion’ survey results were then confirmed by a market sales analysis. The results of the sales analysis showed prices of properties were reduced by around 21% after a cell phone base station was built in the neighborhood.”

“The recent NISLAPP survey suggests there is now a high level of awareness about potential risks from cell towers and antennas. In addition, the survey indicates respondents believe they have personally experienced cognitive (57%) or physical (63%) effects from radiofrequency radiation from towers, antennas or other radiating devices, such as cell phones, routers, smart meters and other consumer electronics. Almost 90% are concerned about the increasing number of cell towers and antennas generally. A study of real estate sales prices would be beneficial at this time in the Unites States to determine what discounts homebuyers are currently placing on properties near cell towers and antennas.”

“The proliferation of this irradiating infrastructure throughout our country would never have occurred in the first place had Section 704 of the Telecommunications Act of 1996 not prohibited state and local governments from regulating the placement of wireless facilities on health or environmental grounds. The federal preemption leaves us in a situation today where Americans are clearly concerned about risks from antennas and towers, some face cognitive and physical health consequences, yet they and their families increasingly have no choice but to endure these exposures, while watching their real property valuations decline.”

The National Institute for Science, Law, and Public Policy (NISLAPP) in Washington, D.C. was founded in 1978 to bridge the gap between scientific uncertainties and the need for laws protecting public health and safety. Its overriding objective is to bring practitioners of science and law together to develop intelligent policy that best serves all interested parties in a given controversy. Its focus is on the points at which these two disciplines converge.

If you can support NISLAPP’s work, please donate at the bottom of this page.

ElectromagneticHealth.org suggests real estate agents and homebuyers be aware at this time that there are indeed perceived risks associated with real estate properties located in proximity to cell towers and antennas impacting both 1) interest in a given property and 2) a property’s price.

Real estate agents are advised to:

Given there are over 220,000 cell phone towers in the United States, over 50 million wireless networks and untold numbers of antennas on or even inside buildings, and new risks from utility meters and the wireless networks that support them, real estate agents would best be conversant in the risks, and perceived risks, of electromagnetic fields. If ElectromagneticHealth.org can be of help to real estate agents, please do not hesitate to be in touch at [email protected].