Are tens of thousands of defective “smart” meters being stealthily replaced in Arizona? 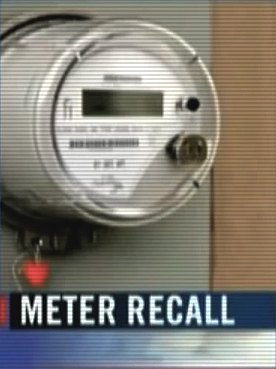 In the wake of several massive “smart” meter recalls due to component overheating and subsequent fires, is Arizona Public Services Company (APS) replacing tens of thousands of “smart” meters?

Read more in my letter to the Arizona Corporation Commission below:

A source within APS has revealed that APS “smart” meters are failing, and failing in a way that presents a fire risk to ratepayers.

My source, whose privacy I must protect, tells me that APS has replaced thousands of faulty “smart” meters, and is scheduled to replace 50 to 60 thousand this year alone due to heat induced failure of the remote disconnect switch and LCD display. (I have seen the failed LCDs.)

You must investigate APS at once. State statute demands it:

A.R.S. 40-361.B – Every public service corporation shall furnish and maintain such service, equipment and facilities as will promote the safety, health, comfort and convenience of its patrons, employees and the public, and as will be in all respects adequate, efficient and reasonable.

A.R.S. 40-321.A – When the commission finds that the equipment, appliances, facilities or service of any public service corporation, or the methods of manufacture, distribution, transmission, storage or supply employed by it, are unjust, unreasonable, unsafe, improper, inadequate or insufficient, the commission shall determine what is just, reasonable, safe, proper, adequate or sufficient, and shall enforce its determination by order or regulation.

APS has painted a very rosy picture of their “smart” meters over the years, but have they told you about this dangerous and potentially life threatening inherent flaw, one that analog meters do not have? APS has a history of concealing information from the public and regulatory agencies. APS refuses to come clean about their “dark money” political donations, and, earlier this year, it was revealed that APS did not report an explosion at their Palo Verde nuclear plant for 5 months [‘Explosion’ at Palo Verde nuclear plant not reported for 5 months].

Also, if APS is replacing tens of thousands of “smart” meters, how long will it be until APS comes begging for a rate increase so that ratepayers bear the financial brunt of their (and your) “smart” meter fiasco?