The BabySafe Project: How Wireless is Affecting Your Unborn Child

2 comments
K. T. Weaver
482 views
2 comments
An international group of doctors and scientific experts is joining with non-profit organizations to urge pregnant women to limit their exposure to wireless radiation from cell phones and other devices by taking simple steps to protect themselves and their unborn children.

by K.T. Weaver, Guest Writer for Take Back Your Power 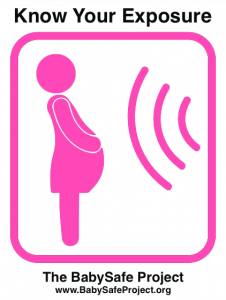 An international group of doctors and scientific experts is joining with non-profit organizations to urge pregnant women to limit their exposure to wireless radiation from cell phones and other devices by taking simple steps to protect themselves and their unborn children.

The national public awareness campaign, called the BabySafe Project (www.babysafeproject.org), is being coordinated by Grassroots Environmental Education and Environmental Health Trust, and is based on independent scientific research linking exposure to wireless radiation from cell phones during pregnancy to neurological and behavioral problems in offspring that resemble Attention Deficit/Hyperactivity Disorder (ADHD) in children.

The Project is promoting ten simple steps women can take to limit their exposure to wireless radiation: 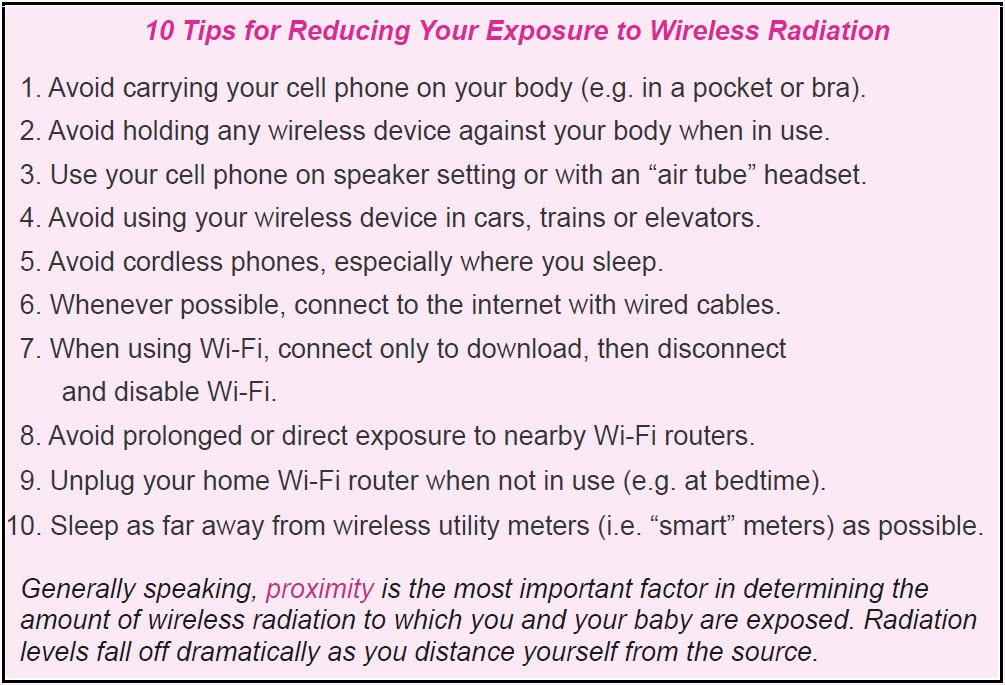 In the video shown below, three science and medical professionals explain how the brain of a developing baby may be affected during pregnancy by exposure to wireless radiation emitted from cell phones and other wireless devices.  This video is part of the BabySafe Project.

“We believe all pregnant women should be made aware of this research on wireless radiation risks,” says Patricia Wood, a Visiting Scholar at Adelphi University and Executive Director of Grassroots Environmental Education.  “More research is needed to determine exactly how the developing brain is affected, but in the meantime, we certainly have enough evidence of potential harm to recommend taking simple, common-sense precautions.”

“There’s essentially no downside to being cautious and protecting your baby,” says Dr. Hugh Taylor, Chair of the Department of Obstetrics, Gynecology and Reproductive Sciences at Yale University School of Medicine, who recently authored a study showing significant behavioral changes in the offspring of mice exposed to cell phone radiation during pregnancy.  “We have demonstrated clear cause and effect relationships in mice, and we already have studies showing that women who use cell phones have children with more behavioral problems.  I think together that’s very powerful evidence.”

“As a public health expert, I am deeply concerned about the experiment we are conducting on our pregnant women and young children today,” says Dr. Devra Lee Davis, author of numerous books on wireless radiation and human health, and founder of the Environmental Health Trust.  “We cannot afford to treat this generation as experiments in a subject with no controls.  We’ve got to be smarter. “

“Pregnant women deserve to know that wireless radiation can have an impact on the developing brain,” says Dr. Maya Shetreat-Klein, a pediatric neurologist practicing in New York.  “We’re seeing alarming increases in the number of children diagnosed with neurological disorders over the past decade, and anything we can do that might help reduce that rate should be taken very seriously.”

Wireless radiation is part of a growing list of environmental exposures thought to interfere with normal fetal brain development, with implications that include impaired communication skills, learning deficits and behavioral problems.

“When you have an environmental exposure that disrupts brain cell connections, a number of things can happen,” says Dr. Leonardo Trasande, a pediatrician at the NYU Langone School of Medicine and professor of Environmental Medicine at the Wagner School of Public Service.  “Nerve cells may not communicate the way they should, or maybe the wrong connection is sent to the wrong cell. And as a result there can be permanent changes in the electrical wiring of the brain that can have consequences all across the entire lifespan.”

In another video provided below, four moms talk about their decision to avoid wireless radiation from cell phones and wireless networks during pregnancy, and Dr. Hugh Taylor from Yale University talks about his study linking exposure to wireless radiation to neurological and behavioral problems including symptoms resembling attention deficit / hyperactivity disorder (ADHD).

We join together as physicians, scientists and educators to express our concern about the risk that wireless radiation poses to pregnancy and to urge pregnant women to limit their exposures.

We recognize that the exquisitely delicate systems that direct the development of human life are vulnerable to environmental insults, and that even minute exposures during critical windows of development may have serious and life-long consequences.

We know that the scientific process demands a thorough and exhaustive examination of the possible impact of wireless radiation on health; however, we believe substantial evidence of risk, rather than absolute proof of harm, must be the trigger for action to protect public health.

We call on the research community to conduct more studies to identify the mechanisms by which a fetus could be affected by wireless radiation exposures.  We call on our elected leaders to support such research and to advance policies and regulations that limit exposures for pregnant women.  We call on industry to implement and explore technologies and designs that will reduce radiation exposures until such research is carried out.

We affirm our role as health and science professionals to inform the public about the potential dangers associated with early-life exposures to wireless radiation, and invite all professionals engaged in obstetric, pediatric, and environmental health advocacy to join us in our quest to ensure the safety and health of future generations.

For a list of the signatories to the above Joint Statement, see link at:
http://www.babysafeproject.org/signatories/

To view the entire press conference held on June 3, 2014, to launch the BabySafe Project, go to:
www.babysafeproject.org/news-conference

To download the 10-page PDF brochure, “What You Need To Know About Wireless Radiation And Your Body”, go to:
http://www.babysafeproject.org/wp-content/uploads/2014/05/BabySafe-Project-Booklet.pdf

For a FOX New York news report on the BabySafe Project, go to:
http://www.myfoxny.com/clip/10229270/knowyourexposure

The primary source of information for this blog article content is the following press release:  BabySafe Project Press Release.

K. T. Weaver is a health physicist who was employed in the nuclear division of a leading electric utility for over 25 years.  He served in various positions, including Station Health Physicist, Senior Health Physicist, corporate Health Physics Supervisor, and corporate Senior Technical Expert for Radiobiological Effects.  K.T. Weaver has earned a B.S. in Engineering Physics and an M.S. in Nuclear Engineering with a specialty in radiation protection.