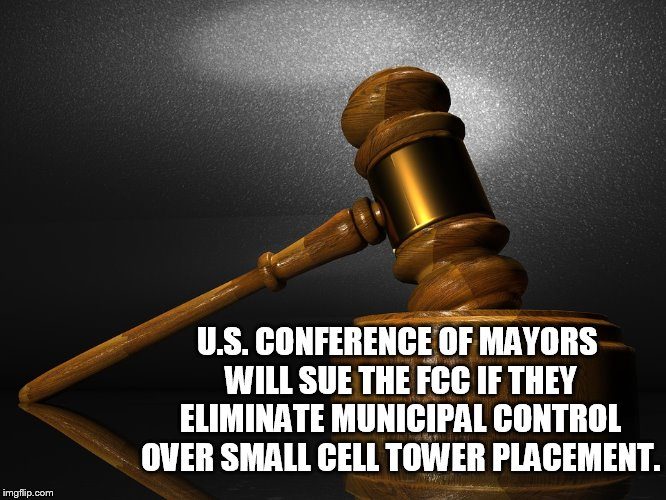 U.S. Conference Of Mayors: “We Will Sue FCC If They Eliminate Local Control Over 5G Deployments”

15 comments
B.N. Frank
5,595 views
15 comments Subscribe
The harmful and Orwellian nature of 5G is inspiring a groundswell of people getting involved. Now, an alliance of more than 300 U.S. mayors has said it will sue the FCC if they continue with plans to forcibly deploy 5G upon cities who do not want it. -JDS

The Dive has already published articles about citizens who aren’t keen on 5G technology or “Smart Cities.” However, they are still pro-industry. Keep that in mind if/when you read their articles.

Regardless, decades of research has already proven that exposure to cell towers and all sources of cell phone and wireless radiation can be harmful and in more ways than cancer risk. That’s why there are an increasing number of American children, teenagers, doctors, environmental organizations, firefighters, municipal organizations, tribal groups and more who aren’t happy AT ALL about having no control over wireless infrastructure installation in front of their homes and throughout in their communities. They are not backing down. One municipality enacted an “urgency ordinance” after it received 145 letters from concerned citizens expressing their worries over new 5G towers.

The Federal Communications Commission is NOT a health or environmental protection organization. However, their job is to regulate The Telecom Industry (aka Big Wireless). They are supposed to protect the public but they are not. This isn’t a new thing either.

Activist Post has covered FCC shenanigans many times. Current FCC Commissioner, Brendan Carr, current FCC Chairman Ajit Pai, and former FCC Chairman, Tom Wheeler all seem to have sold out to The Telecom Industry. Many of our elected officials have as well – but fortunately not all of them.

For more information on what you can do to stop wireless infrastructure from being installed throughout your community, visit the following websites: