TBYP Staff
This update from MA encourages us to keep pressing all elected officials with truth. Make sure they see TBYP, if they haven’t yet. There are many city councilors who are standing against ‘smart’ meters. However, MA officials need to know how deeply flawed the Texas PUC report is, as many are reportedly under the impression that document’s claims are based in truth. 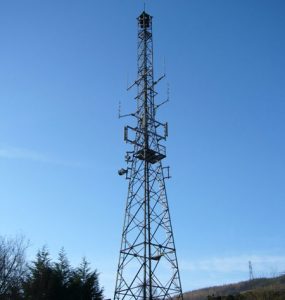 The Zoning Board of Appeals Monday night voted to continue two petitions until its next meeting Feb. 3 in which National Grid is seeking zoning relief to construct a communications tower at one of two locations in the Tatnuck area, at 30 Tory Fort Lane, or 597 Mill St.

The vote came after the board heard more than two hours of testimony from many of the more than 60 people who attended the public hearing, including representatives from National Grid and opponents of the communications towers and the smart grid pilot program.

He said the zoning board also needs some direction from the city Law Department on what it can base its decision on for both petitions.

Mr. Abramoff said the city’s zoning ordinance appears to conflict with the rules and regulations of the Federal Communications Commission when it comes to siting personal wireless service facilities, such as communications towers, in the city.

But Mr. Abramoff said that appears to conflict with the federal Telecommunications Act of 1996, which seems to indicate that National Grid would be allowed to erect a communications tower if it can prove a significant gap in coverage will exist in the high-speed, two-way communications network that is the backbone of its smart grid program.

“We need a legal opinion from the Law Department as to how we can proceed on this,” he said.

Mr. Abramoff said he also wants more proof from National Grid that it made a good-faith effort to co-locate its equipment for the smart grid program at existing towers in that area. National Grid says it sought to co-locate at other locations, but was denied.

The tower in the Tatnuck area is considered the final piece to the puzzle for implementation of its smart grid program.

But a tower in the Tatnuck area is needed to cover the West Side, where National Grid has two substations — one at 30 Tory Fort Lane, where it wants to erect an 80-foot-high lattice tower with a 10-foot-high mast; and another at 597 Mill St., where it has proposed putting up a 90-foot-high tower in the heart of Tatnuck Square.

National Grid wants to put the tower at one of those two locations so data about the electrical grid system can be passed along throughout parts of the city.

It wants to install three so-called “WiMax” and two microwave antennas, and radio/receiver units at each substation.

But many of those who testified objected to the proposed towers, some voicing concerns about health issues associated with the towers because of potentially harmful radiation they contend is emitted from the towers.

Others, especially those in the Tory Fort Lane area, complained about having a 90-foot-high tower in the middle of a residential area, while others also complained about security and privacy issues associated with the smart grid program.

“People have their doubts and questions about this,” Mr. Rosen said. “These towers aren’t just an eyesore; they lower property values and there are a number of privacy, security and safety issues with these (smart) meters.

“There is so much doubt, why take a risk with this? We should establish a moratorium and stop this now.”

Mr. Bergman, meanwhile, questioned whether the zoning board’s hands are tied by the Telecommunications Act of 1996.

He said the zoning board should be able to take into consideration the impact such a facility would have on the health and safety of city residents.